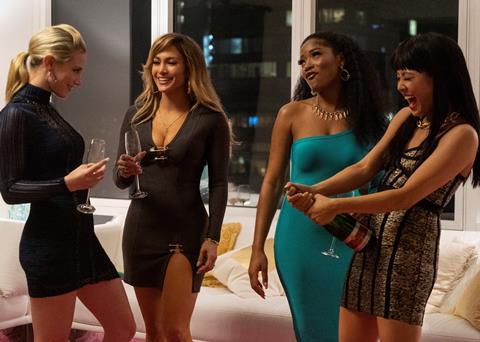 STXfilms is handling world sales and US release on the crime caper, which stars Jennifer Lopez and Constance Wu as former strippers who turn the tables on their Wall Street clients.

It marks the third major acquisition for the German group, led by Kogel, which was formed by the merger of KKR-acquired indie distributors Universum and Tele-Munchen Group as well as production companies Wiedemann & Berg Film and i&u TV.

The other two titles include Rian Johnson’s murder mystery Knives Out, which Kogel’s outfit picked up following its TIFF premiere, and Roland Emmerich’s sci-fi Moonfall, which the group picked up in Cannes for the German-speaking market.

Hustlers will mark the first release for the new group, with a German release planned via Universum Film on December 9. The film opened in the number two spot in the US on September 13, taking $33.2 million at the box office. It has also opened in the UK via STX International where it has taken $1.7m.

The film, which also stars Julia Stiles, Keke Palmer, Lili Reinhart, Mercedes Ruehl and Cardi B, was inspired by an article published by New York Magazine entitled “The Hustlers at Scores,” written by Jessica Pressler.

Lopez is also a producer on the film along with Elaine Goldsmith Thomas, Jessica Elbaum, Benny Medina, Will Ferrell and Adam McKay.

“We’re looking for films that have the potential to inspire audiences,” said Kogel. ”From our point of view, Hustlers has all the prerequisites: The film is a gripping and unique mixture of humour, glamour and women’s power featuring outstanding actresses and a spectacular look.”