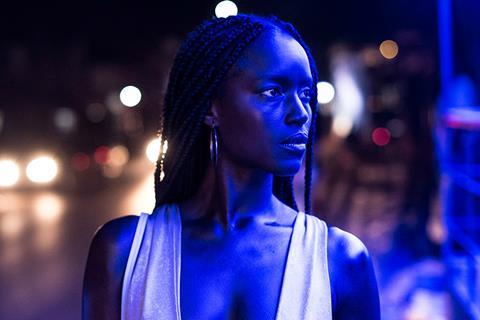 The Belgium-Netherlands co-production is produced by Mortier and Eurydice Gysel for their Belgian production company CZAR Film & TV. Co-producers are Belgium’s Anonymes Films, Proximus, Telenet and Canvas; and Graniet Film of the Netherlands.

The film shot in Belgium and Senegal, in the French and Wolof languages.

The film was made with the support of the Flemish Film Fund (VAF) and the Dutch Film Fund (NFF). The film also supported by Screen Brussels and Screen Flanders. BNP Paribas Fortis Film Finance invested in the film as Belgian Tax Shelter investor.

Angel, Mortier’s third feature after Ex Drummer and 22nd Of May, is about Thierry, a famous cyclist whose career is in decline, who falls in love with a prostitute while visiting Senegal.

Mortier wrote the script adapted from Dimitri Verhulst’s novella Monologue Of Someone Who Got Used To Talking To Herself.

Gysel said, “Wayna Pitch has already released an adaptation of Dimitri Verhulst in France: Problemski Hotel by Manu Riche. We are certain that with their expertise and the two A-list French actors of the film, Vincent Rottiers and Fatou N’Diaye, the film can find its place in French theatres.”

Angel had its international premiere in Toronto and will screen next week in the international competition at Warsaw. This week, it’s being screened for buyers and festival programmers at Connext, the Flanders Image industry event in Ghent.