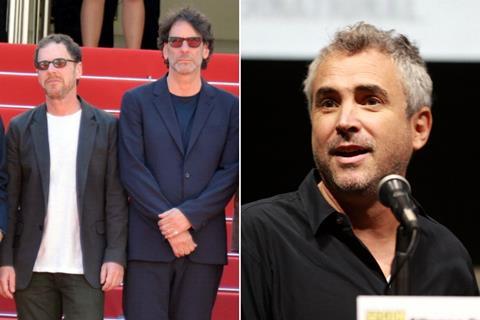 France’s Le Monde newspaper is to republish on Saturday (23) an open letter by the French Association of Arthouse Cinemas (AFCAE) challenging the decision by Joel and Ethan Coen and Alfonso Cuarón to release their Oscar-nominated features The Ballad Of Buster Scruggs and ROMA via Netflix.

The letter adds fuel to an ongoing debate that has divided the French cinema industry and comes amid a flare-up over Netflix’s disruptive model in the UK.

In the AFCAE’s open letter, which was originally posted on the Association’s website in late January, president Francois Aymé said the directors’ move to work with Netflix marked an abrupt rupture with the independent French cinema community that had supported the filmmakers’ work throughout their careers.

“We showcased your work on the big screen and presented it to an audience of aficionados,” Aymé wrote. ”What happened to this long relationship based on trust, and why did it end so suddenly, so abruptly? ’Times change, that’s all !’ That is what you keep repeating in several interviews. Yes, but the question is, in what way does it change and why? For the sake of the broadcaster? Of the auteurs? Of the audience? Of the work of art itself?”

The thorny issue of Netflix – which favours a digital release over the theatrical experience – has divided the French cinema industry. Cannes Film Festival missed out on premiering ROMA last year after delegate general Thierry Frémaux came under pressure not to include it in Competition.

Alongside the major exhibition chains, the country’s independent cinemas have been among the most vocal opponents of the streaming platform’s model, which is at odds with France’s strict media chronology laws requiring a 36-month gap between a film’s theatrical release and its distribution on a global streaming site.

In the open letter, Aymé questioned Joel Coen’s suggestion that the cinema industry had to adapt to “the evolution of the audience”.

“There we touch on one of those typically flawed figures of speech that some of the characters in your films would not have disowned. Yesterday, your films could have been viewed by choice and consecutively on the silver screen in a cinema, on VOD, DVD, on a small screen, a computer or a mobile phone, pay television or free-to-air broadcasting, or even on an online platform. The audience could choose the place, the platform, the format, or if to be a subscriber or not. The spectator had to wait to access every window consecutively,” he wrote.

Aymé also tackled Cuarón’s assertion that thanks to Netflix his Mexican relatives could watch ROMA, even if they did not live near a cinema theatre playing the film.

“It was already the case for your other films. These could be seen on VOD or on television! In the case of Netflix (and we’re getting to it now), it is not you who adapts to the audience, but the opposite: the audience must adapt to the choice that you have made: to entrust your latest work of art exclusively and on the long-term to a specific platform.”

Aymé said the only choice left for the audience was to either take a Netflix subscription to watch the film on a small screen or not see the film at all.

“That is not a choice, that is an obligation, at least for your fans. This obligation is not temporary, it is a long-term obligation, something that only a few put down in black and white. It is the privatisation of a work of art,” he wrote.

The open letter also questioned Netflix’s long-term strategy for investing in arthouse cinema, and asked whether the company truly intends to support diversity in cinema and upcoming auteurs in a sustainable way. Aymé also tackled the company’s fiscal strategy. “Will Netflix (just as other operators) consider respecting the fiscal rules of the countries in which it broadcasts to contribute to the common life of a territory from which it profits?,” he wrote.

The letter’s re-publication in Le Monde comes in the same week that Netflix confirmed French media reports that it has more than five million subscribers in France. By chance, it also coincides with the platform’s launch of French director Elisabeth Vogler’s innovative crowd-funded love story Paris Est Un Fête on the platform on February 22. The work was among a slew of local investments announced by Netflix last autumn.

Earlier this week, Tim Richards, founder and CEO of European cinema chain Vue International, slammed the UK’s Bafta awards for including ROMA – which is in the running for ten awards at Sunday’s Oscars including best film, director and cinematography – in the competition and said his company could withdraw its support for the event.

Netflix gave ROMA only a limited theatrical release in some 20 venues across the UK. There are no official media windows in the UK, although the big commercial circuits request a traditional 16-week window between a film’s release in their theatres and its digital availability.

Philip Knatchbull, CEO of UK cinema chain and distributor Curzon, which handled most the UK screenings of ROMA, also commented on the debate, saying it was time for an industry-wide rethink of release windows. He said the adherence to a 16-week window might serve ‘tentpole’ studio films but did not work for smaller independent and foreign language films.

Netflix had not replied to Screendaily’s request for a comment at time of writing.The full text of the AFCAE letter is available here.