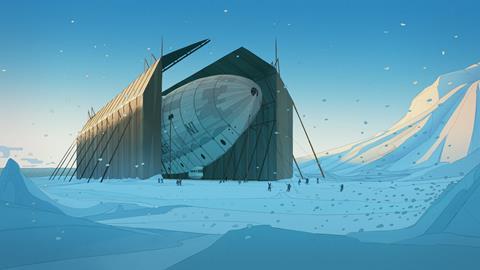 The film revolves around the adventures of a real-life fox terrier called Titina, who gained celebrity status in the 1920s when she accompanied her master, the Italian aeronautic engineer Umberto Nobile, and Norwegian explorer Roald Amundsen on an expedition to conquer the North pole in an airship.

The adventure will be retold through her eyes as she becomes the first and last fox terrier to visit the North Pole, an environment to which she is wholly unsuited.

Mikrofilm is an award-winning multimedia and animation production company which has produced more than 30 short animations including The Danish Poet which won the 2007 Academy Award for Best Animated Short Film.

Titina is the feature-length debut of Kajsa Næss, whose award-winning short credits over a 20-year career include Deconstruction Workers and It’s Up To You,

The feature is a co-production with Belgian-based Vivi Film, which previously co-produced top European feature-length animations The Triplets Of Belleville and The Secret Of Kells.

The project is supported by the Norwegian Film Institute, Media, Nordic Film and TV Fund, Screen Brussels, Screen Flanders and VAF, amongst others.

The project is currently in pre-production and should be completed in September 2021.