Lionsgate buys bulk of Spyglass library and 20% of company 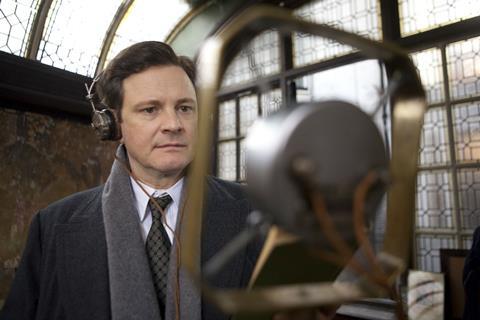 Lionsgate has acquired most of the 200-title Spyglass Media Group film library and formed a strategic content partnership with the development, finance and production company headed by Gary Barber.

The agreement also includes a multi-year first-look television deal between Lionsgate and Spyglass.

Chairman and CEO Barber and his senior leadership team will remain in place and continue to run Spyglass, whose assets include a new installment of the Scream franchise, due for release next January, a revival of the Hellraiser franchise which is currently in production and the hit fashion competition series Project Runway.

Many of the titles were acquired in 2018 out of the bankruptcy of the Weinstein Co by a division of Spyglass investor Lantern Capital Partners. The titles were then folded into Spyglass when Barber launched the company in 2019.

The films will now join the 17,000 film and TV titles in Lionsgate’s existing library. The company, which has previously built its content store through the acquisition of libraries from Artisan, Trimark and Summit, will be able to use the titles in its push into the streaming market with its Starz premium subscription service and app.

The Spyglass deal is the latest move in a flurry of merger and acquisition activity among US studios and independents, following the WarnerMedia-Discovery merger, Amazon’s agreement to buy MGM and unconfirmed reports that independent studio A24 has recently been exploring a sale.

Commenting on the Spyglass deal Lionsgate CEO Jon Feltheimer said: “This agreement continues to grow our valuable portfolio of IP while partnering us with Gary Barber, one of the leading entrepreneurs and content creators in the business. It is a win/win deal that creates significant incremental value for both companies while continuing to add to our global content distribution platform at a time when the demand for premium content is greater than ever.”

In a joint statement, Lantern’s Andy Mitchell, Warner’s Toby Emmerich, Eagle’s Tarak Ben Ammar and Cineworld’s Mooky Greidinger added: “Two years ago, we were excited to team up with Gary and have him do what he does best - build Spyglass Media Group into a global premium content company and, in short order, increase shareholder value. Once again, he successfully exceeded those challenges, and we are delighted to continue the journey with him.”

Barber said: “I am grateful for the steadfast support from our strategic investors and am thrilled to align with Jon Feltheimer, [Lionsgate vice chairman] Michael Burns and all our partners at Lionsgate as we look forward to expanding our relationship in creating great content and exploring strategic opportunities together in the marketplace.”