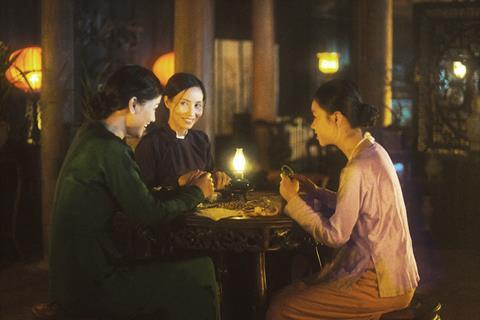 German sales outfit M-Appeal has closed a deal for 23 Arabic-speaking territories on its EFM title, The Third Wife, with regional distributor MAD Solutions.

The deal marks MAD’s first ever pick up of an Asian titles and includes Saudi Arabia, where the country’s first cinemas opened in spring 2018, following a 35-year ban on film-going.

Directed by Ash Mayfair, The Third Wife is a Vietnamese period drama about a teenage girl chosen to be the third wife of a wealthy landowner. She becomes pregnant with what she hopes will be a boy and appears to be prospering in her new role. However, when she is witness to a forbidden tryst, her life threatens to unravel.

The film has already screened at multiple festivals, including Toronto, Busan and Taipei, and has picked up several awards, including the NETPAC Award at TIFF 2019, Gold Hugo (New Directors Competition) at Chicago IFF 2018 and best artistic contribution at Cairo IFF 2018.

MAD Solutions distributes through its subsidiary MAD Distribution. It aims to showcase films from independent Arab and international filmmakers, whose work struggles to be seen in cinemas in the Arab-speaking world outside of the festival circuit.

The Third Wife is Mayfair’s first feature following several shorts that played on the international festival circuit. M-Appeal previously sold the film to North America, Mexico, UK, Australia and New Zealand, Japan and several other Asian territories. It had a successful theatrical release in Spain through Barton Film.