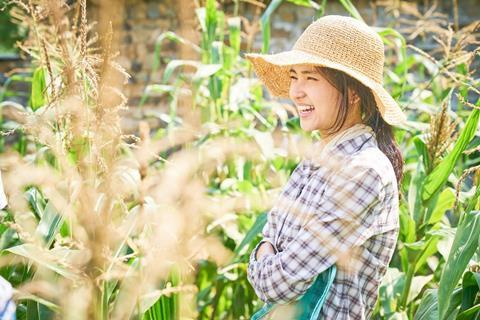 Based on the Japanese manga of the same title, Little Forest is directed by Yim (Whistle Blower) and stars Kim Tae-ri (The Handmaiden), Ryu Jun-yeol (A Taxi Driver), Moon So-ri (The Running Actress) and Jin Ki-joo. The film is about a young woman who returns to her hometown, a failure from the big city, reunites with her childhood friends and learns how to cook with local organic ingredients.

M-Line has also picked up zombie comedy The Odd Family: Zombie On Sale and period drama Feng Shui and is launching sales on both titles at Cannes.

Starring Jung Jae-young (Right Now, Wrong Then), Kim Nam-gil (Memoir Of A Murderer) and Uhm Ji-won (The Phone), The Odd Family: Zombie On Sale is directed by Lee Min-jae. A large pharmaceutical company’s illegal experiments result in the creation of a zombie and when the oddball Park family living in the remote countryside come across him, they plot to make money off him. But their youngest daughter takes a liking to him and starts to treat him like a pet. The film is set for release in winter 2018.

Directed by Park Hee-kon, Feng Shui stars Cho Seung-woo (Inside Men), Ji Sung (Confession) and Kim Sung-kyun (I Have A Date With Spring). Set in the Joseon Dynasty when geomancers help people find propitious sites for houses, stores and even graves with the belief that a good site will bring future fortune to descendants, a story of conspiracy, murder and revenge unfolds as courtiers and geomancers fight to find the most propitious site that will control the throne. The film is set for local release in September 2018.