Robin Veith offered advice to regional writers on how to successfully pitch their projects. 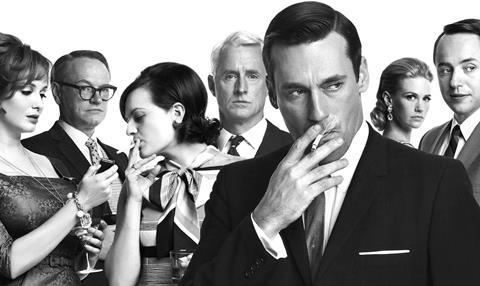 Robin Veith, screenwriter on television series including Mad Men and True Blood, delivered a masterclass at Sarajevo Film Festival today (Aug 19) in which she divulged some of the techniques behind her craft.

The event, held in association with international script development programme Midpoint, saw her discuss how to pitch projects, and how to work both individually and as part of a team.

Veith began the session by talking about the origins of a series, and what writers can do to make their proposals as attractive as possible: “The most important part of your pitch is explaining why your story is personally relevant to you, and why it’s relevant to the world right now.”

Grounding a series in the present, regardless of when it is set, is essential, said Veith, using the example of sci-fi series The Expanse, of which she has just finished writing the second series. “It’s really about racism and classism, which we still struggle with today.”

When pitching, “explaining the world of the series” in a concise and interesting fashion is essential. “The most important part is the teaser,” she said, referring to the introductory segment in the pilot of the series, which usually plays before the opening credits, The Wire, for instance, but not always, as in the case of Mad Men. “Teasers should act as little short films,” Veith added, “Give them something to visualise. Grab their attention.”

When it comes to outlining the whole pilot, “you don’t have to completely have it all there, but you should have a beginning, middle and an end,” commented Veith.

In the pitch itself, “A good rule of thumb is that if you’ve got them leaning forward a little bit, you’re doing really well, if they’re leaning back, you’ve got to step it up,” she added.

However, writers should have also considered how the series will progress as a whole. “While you need an individual, contained story for the pilot, you also need to have an overarching story, show that it has legs,” she said. “It’s always good to pitch a great end to season one. You want the audience to be dying to see more. If you wrap it up, why are they going to buy season two?”

Veith also discussed writing techniques, including the American tendency to have a roomful of writers rather than a single writer working with a director. “it’s realty great working with a group of writers but you all take care of each other,” she said, “When it’s all functioning well, it’s amazing, you’re surrounded by brilliant artists.”

However, writing in a team comes with its own challenges, including making sure that the completed scripts have a strong continuity. “Your job is to write in the show’s voice, you want a unity in the writing,” she commented.

Even though she advocates working in a team, Veith also believes that solitude can also be productive: “I do my best work in my pyjamas with a cat on my lap.”

Once on set, Veith likes to have an influence, but she warns that writers must be respectful of a director’s authority: “I let the director run the show with the actors, but I’m watching everything. If I feel they’re going off tact a little bit, I’ll whisper into the director’s ear and let them talk to the actor. You want a definitive flow of who’s in charge. If you’re doing it right, you’re bonding with your director, and he or she is going to give you exactly what you want.”

Finishing the session, Veith offered one further piece of advice for budding screenwriters as they develop their series: “As long as you feel ownership over the show in general, you know you’re doing your job.”