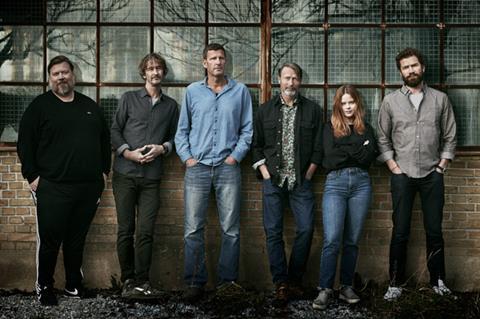 Mads Mikkelsen is to star in Riders Of Justice, a dark comedy written and directed by Anders Thomas Jensen, which will be sold internationally by TrustNordisk.

Jensen is perhaps best known as the screenwriter behind Susanne Bier’s Oscar-winning In a Better World but has directed features including Men & Chicken, Adam’s Apples, The Green Butchers and Flickering Lights – all of which starred Mikkelsen.

The story centres on deployed military man Markus, who has to return home to his teenage daughter when his wife dies in a tragic train accident. But when a passenger on the wrecked train surfaces with claims of foul play, Markus begins to suspect the accident may have been a carefully orchestrated assassination.

Produced by Danish outfit Zentropa, shooting on the €5.3m feature began this week.

Producers are Sisse Graum Jørgensen and Sidsel Hybschmann for Zentropa Entertainments3 in co-production with Film i Väst and Zentropa Sweden with support from the Danish Film Institute/ Market Scheme, FilmFyn, Nordisk Film & TV Fond and the Media Programme of the European Union, in collaboration with YouSee, TV2 Denmark, YLE and SVT.

The feature is being lined up for a December 2020 release in Scandinavia and TrustNordisk has an English-language script available for buyers.