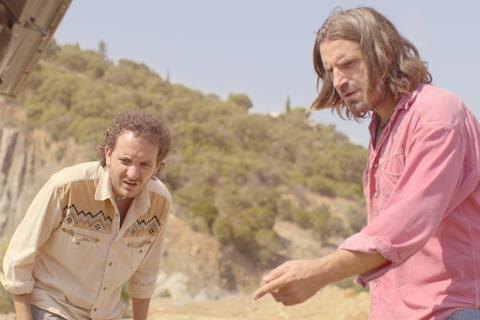 Magnolia Pictures has picked up US rights to Quentin Dupieux’s surreal French comedy Mandibles, one of the most talked-about films at Venice Film Festival.

The film earned a strong reception on the Lido and stars Gregoire Ludig and David Marsais as friends who try to train a giant fly they find in the boot of a car in the hope of getting rich.

Magnolia previously released Dupieux’s 2010 feature Rubber and plans a 2021 release for Mandibles, which is also an official Telluride selection this year.

In its review Screen described the film as “Dumb and Dumber on the Cote D’Azur” and noted its “skewed view of a part of France more commonly associated with monied glamour”.

“It’s really hard to make smart look stupid but Quentin Dupieux has managed the feat spectacularly,” said Magnolia president Eamonn Bowles. “Mandibles had me howling. I wish I could have seen it in a packed theatre.”

“I’m thrilled to be working again with Magnolia,” said Dupieux, whose Deerskin played in Cannes Directors’ Fortnight last year. “They are the best fit for the film.”