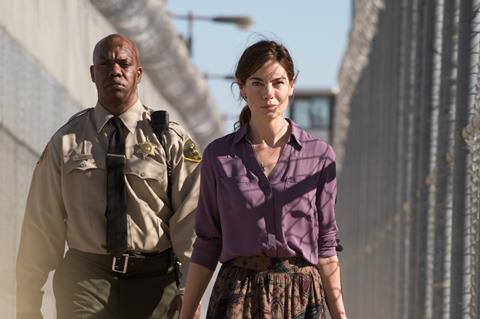 Head of international sales Lisa Gutberlet will show footage and kick off talks with buyers on the drama about immigration attorney Judy Wood, a single mother in her mid-30’s who changed US asylum law.

Wood won a landmark case that ensured women be designated a protected class after she represented an Afghan woman who fled Taliban persecution in her home country after she opened a girls school.

Blue Fox Entertainment will distribute theatrically in the US in early 2019.

“It has been a tremendous privilege to tell Judy Wood’s inspiring story, and highlight the incredible work she continues to do on behalf of people who need help the most,” said Hanish. “Blue Fox Entertainment is the perfect distribution partner for this film – their entire team got the film immediately.”

“A film as incredibly timely and empowering as Saint Judy doesn’t come around that often, especially one with such a star-studded, talented, award-winning cast,” said Gutberlet. “Michelle Monaghan does the title role justice and Sean Hanish did a terrific job of bringing her uplifting, inspirational and historic true story to life.”