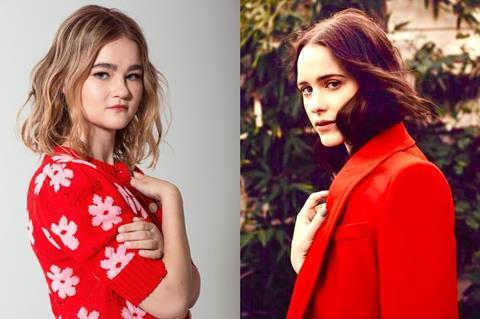 Millicent Simmonds and Rachel Brosnahan will star in Helen & Teacher directed by Wash Westmoreland (Still Alice and Colette) and produced by Killer Films and Sugar23.

Simmonds (A Quiet Place 1 and 2) will star as Helen Keller, the real-life American Deafblind activist living in the early 1900s. Simmonds is a distant cousin of Keller. Rachel Brosnahan, star of Amazon series The Marvelous Mrs. Maisel, will play Anne Sullivan, Keller’s dedicated but overbearing translator and companion, with the two butting heads at Radcliffe College of Harvard University.

Cornerstone are handling international sales and distribution, with UTA Independent Film Group and WME overseeing the US sale.

The feature is based on a screenplay by Laetitia Mikles and Westmoreland, in consultation with a team at the Helen Keller National Center for Youth and Adults. Sukee Chew will produce alongside Pamela Koffler, who also worked on Colette. Victor Paul Wajnberg and Russ Posternak will executive produce.

Principal photography is to begin summer 2022.

Cornerstone is selling the film at next month’s online American Film Market (November 1-5).