Monte-Carlo Television Festival pushed to 2021 due to Covid-19 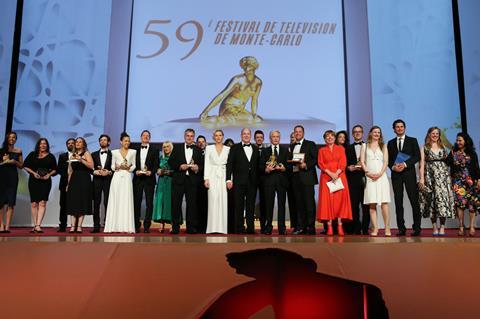 The 60th edition of the Monte-Carlo Television Festival has been postponed by a year due to the ongoing coronavirus pandemic.

The festival, which aims to showcase the best television content from around the world, was due to run June 19-23 at the Grimaldi Forum in Monaco but has been rescheduled for June 18-22, 2021.

In a statement, festival CEO Laurent Puons said: “We have been confronted with an unprecedented situation which is unfortunately currently depriving us all of our freedom for an indefinite period of time.

“It is with great regret that I am obliged to cancel the 2020 edition of our Television Festival in June. We must all take up our responsibilities to protect what is most precious: our health, that of our loved ones and of our festival-goers.

“The safety of the talent and public attending the event is paramount… I look forward to next year, when we can celebrate with peace of mind together this 60th anniversary, which, as in previous years, will again reach new heights.”

The festival was originally created by Prince Rainier III of Monaco in 1961 and culminates annually with the Golden Nymph awards, which last year saw Ben Stiller-directed miniseries Escape At Dannemora pick up prizes and actor Michael Douglas honoured with the Crystal Nymph.

It is the latest event in the region to be impacted by the threat of Covid-19. The Cannes Film Festival, due to run May 12-23, has been postponed although no new dates have yet been set.

TV market MipTV, which was due to take place in Cannes this week, moved a large part of its activities online while the third edition of TV drama showcase Canneseries has been postponed to Mipcom in October.