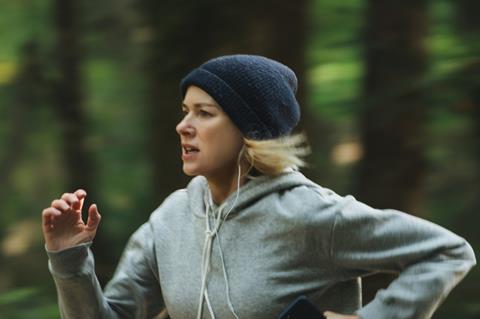 Wild Bunch has acquired the film for France, Germany, Austria, Italy and Spain, while Jaguar picked it up for the Middle East, Long Shong for Taiwan, and Belga Films for Benelux.

The project was developed by Untapped Productions. Boies/Schiller Entertainment (Jane Got A Gun) and Limelight, the company behind Sundance smash Palm Springs, are fully financing the project with Canadian production house Stratagem. UTA Independent Film Group represents US rights alongside Endeavor Content and CAA Media Finance.

Watts (The Impossible, 21 Grams, upcoming Penguin Bloom) plays a mother racing to save her child as authorities pursue an active shooter in her small town. Screen has obtained the first-look photo, and Mister Smith will show first footage to buyers this week. The project is in post.

David Garrett, Mister Smith Entertainment founder and CEO, said: “Everyone really responded to this great script and had confidence in Naomi’s acting process to carry this complex and exciting thriller. We are showing the first footage from the film at AFM and getting a great response from buyers and distributors.”