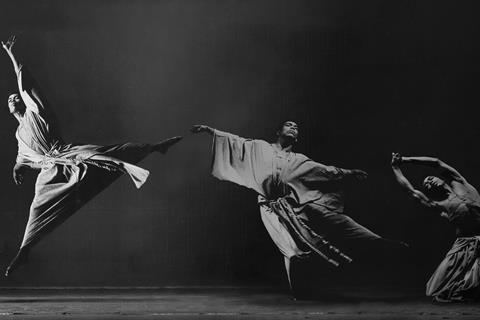 The US Documentary Competition selection premiered on Saturday (January 30) and profiles the life and work of dancer Alvin Ailey and his pioneering choreographer depicting the African American experience.

Sundance deals have trickled in over the first weekend, in keeping with tradition.

On Friday Neon announced it had acquired rights to Jonas Poher Rasmussen’s animated feature Flee, and a day later Apple pulled off the biggest deal in the festival’s history when it paid around $25m for the world on Sian Heder’s feelgood family drama CODA.

As of Sunday evening, acquisition titles in the mix that were expected to spark a sale included Questlove’s documentary Summer Of Soul, Sean Ellis’ werewolf film Eight For Silver, and Lyle Mitchell Corbine Jr.’s thriller Wild Indian, all of which have earned strong reviews.

Ayo Kepher-Maat and Jeff Deutchman negotiated the deal for Neon with Jason Ishikawa and Shane Riley of Cinetic on behalf of the filmmakers. Dogwoof handles international sales.