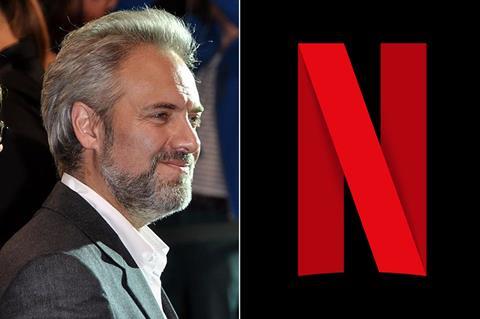 Netflix has donated £500,000 ($625,000) to a new UK theatre fund spearheaded by film and theatre director Sam Mendes and The Society of London Theatre (SOLT) and UK Theatre which has launched today (Monday July 6).

The Theatre Artists Fund aims to provide small grants to theatre workers and freelancers, who have been heavily impacted by a nationwide shutdown due to the ongoing Covid-19 pandemic.

It is designed to specifically support those which have been ineligible for aid from the government and have not been able to work since theatres closed across the UK on March 16. The fund is particularly aimed at those from under-represented groups disproportionately affected by the crisis.

Grants of £1,000 will be available to those who have worked in theatre since the beginning of 2019 and applications for the first round of the fund will be open for one week.

“British theatre is a vital cultural force, not least because so many emerging talents and original ideas begin life on the stage,” said UK-based Anne Mensah, vice president of original series at Netflix. “Creativity is all about collaboration, and we are deeply concerned by the challenges our friends in the theatre now face, especially in the regions, and the likely consequences for the diverse voices and stories at the heart of our culture.

“Playwrights and directors, theatre artists and performers, composers and comedians, are the lifeblood of our industry too and, while Netflix has been more fortunate than many, in the end we are only as strong as the people we work with. If we continue to nurture the pipeline of emerging creative talent, cultivate diverse projects and provide opportunity for the most exciting new works to be seen, we remain optimistic that the industry can bloom once again and satisfy audiences’ insatiable appetite for culture, creativity and entertainment.”

The fund launches the day after the UK government announced a £1.57bn rescue package for the arts, aimed at independent cinemas, theatres, galleries, museums and music venues.

Mendes, the Oscar-winning director of American Beauty, as well as films including 1917 and Skyfall, had previously called on streaming giants such as Netflix to support the performing arts and has called for further donations to support the new theatre fund. Mendes ran the Donmar Warehouse theatre in London from 1992 to 2002.

“Thousands of theatre professionals in the UK are struggling,” said Mendes. “Many of them haven’t been able to get help from the existing government schemes, and the situation continues to worsen. They need help now.

“We have created a fund to which the most vulnerable freelance theatre practitioners can now apply. It is specifically designed for theatre workers who find themselves at breaking point, for those unable to put food on the table or to pay bills, or for those considering leaving the profession altogether.”

The US streaming giant previously helped launch an emergency relief fund for film and TV workers impacted by the virus crisis through a donation of £1m to the BFI and Film and TV Charity.