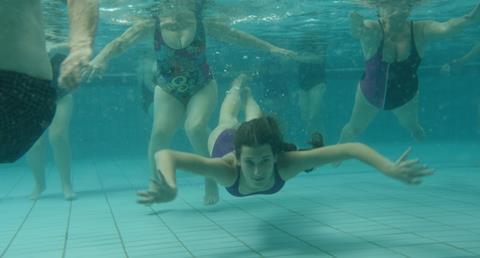 New Europe Film Sales is to handle Hana Jusic’s Quit Staring At My Plate, which is to play in competition at Venice Days (Aug 31-Sept 10).

The Croatia-Denmark drama marks the feature debut of Croatian filmmaker Jusic and is produced by Kinorama’s Ankica Juric Tilic (The High Sun) in co-production with Beofilm (Teddy Bear).

The film stars newcomer Mia Petričević as Marijana, a young woman who seeks solace in mindless sexual encounters, away from her mother, invalid father and simpleton brother with whom she lives in a tiny flat. Zlatko Burić (Pusher, 2012) co-stars.

The feature was developed through Torino Film Lab and presented at Les Arcs Co-Production Village works in progress section in December.

At Les Arcs, Jusic said: “Our lead is not a professional actress. I met her at the beach and persuaded her to join the film… My characters are animalistic and quirky, but with emotional depth and real conflicts.”

New Europe CEO Jan Naszewski said of the director: “Hana is one of the freshest talents I have seen in a long time. The film has an incredible energy and an absolutely magnetic performance in the centre.”