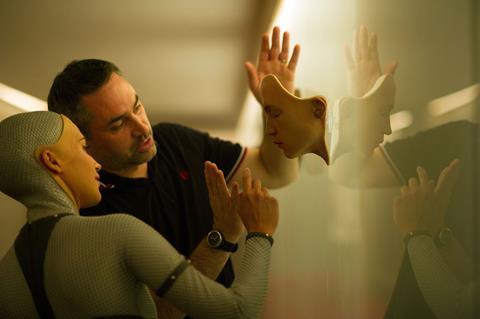 Garland is known for writing the screenplays for Danny Boyle’s 28 Days Later and Sunshine as well as Never Let Me Go and Dredd. He made his feature debut as a writer-director with 2015 sci-fi Ex Machina, which received Oscar and Bafta nominations.

His next film is sci-fi Annihilation, which stars Natalie Portman, Tessa Thompson, Jennifer Jason Leigh and Oscar Isaac and is set for release next month.

Garland’s time in the NFTS role will last two years. His responsibilities will include acting as a role model and creative figurehead for the NFTS student body, contributing to learning through masterclasses and special events, and acting as an ambassador for the school to promote its achievements and enhance its profile both nationally and internationally.

Garland commented on his appointment: “It’s a great honour to be appointed as the National Film and Television School’s first associate director. I am a huge fan of the School, its achievements and unique focus on practical, career focused learning across the widest available spectrum of film, TV and games disciplines. I look forward to being a part of the NFTS and working with the next generation of talent.”

Jon Wardle, NFTS director, added: “I think it’s important that the school has eminent creative people at its helm in prominent leadership positions, which is why I and the Board developed the idea of appointing associate directors. Alex is our first appointment of two and we are thrilled that he has accepted and will start in January 2018. He is an excellent fit for the role thanks to his commitment to and achievement within the film, television and games industries.”