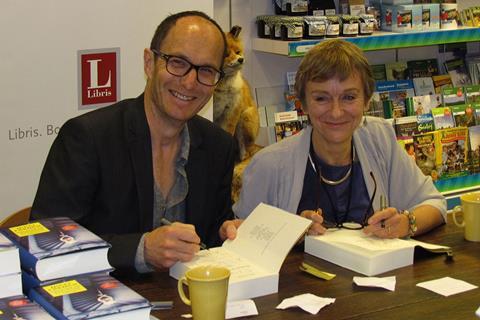 UK crime novel The Memory Game is to be adapted as a Dutch-language feature film and will subsequently be released as a three-part miniseries.

The psychological thriller will be produced by Dutch FilmWorks and EndemolShine Scripted and marks the first of several novels written by Nicci French that are set to be adapted for the screen. DFW International will handle worldwide sales.

Nicci French is the pseudonym of husband-and-wife team Nicci Gerrard and Sean French, the son of late film critic Philip French; their books have sold more than 6 million copies in the Netherlands.

The Memory Game, first published in 1997, will be adapted by screenwriter Lex Passchier, who has written popular Dutch TV series including Fenna’s Law, The Oldenheim 12 and The Schouwendam 12.

The story begins when the body of a 16-year-old girl is discovered buried in a garden, several years after her disappearance. The mystery centres on who killed the girl and the title – The Memory Game – refers to a childhood friend who undergoes counselling to unlock traumatic memories.

Production is set to begin in 2021 and a theatrical release is planned for 2022. The mini-series will feature additional scenes not seen in the film, with the feature running for two hours while the TV adaptation will comprise three 50-minute instalments. A director and cast have yet to be revealed.

On moving the action from the UK to the Netherlands, EndemolShine producer Gerd-Jan van Dalen said: “Although Nicci French’s books are set in the UK, their characters, dramatic events and psychological tension are so universal that they’ll remain fully intact even in a Dutch context.”

From 1997 to 2010, at least one Nicci French thriller was released per year, all as standalone novels.

Previous adaptations include 2002 feature Killing Me Softly, directed by Chen Kaige and starring Heather Graham and Joseph Fiennes; British TV movie’s The Safe House and Beneath The Skin; and miniseries’ Secret Smile, starring David Tennant, and Without You, based on the 2009 novel What To Do When Someone Dies.