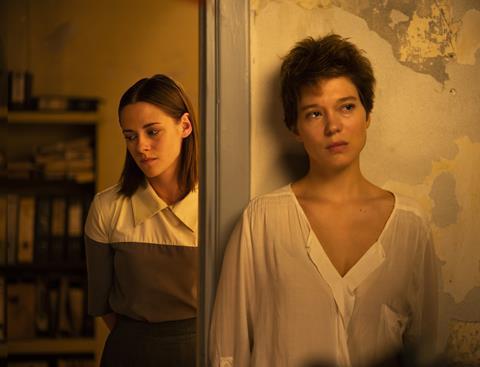 ‘Crimes Of The Future’

Nordic and Baltic distributor NonStop Entertainment has confirmed a slew of acquisitions from Cannes.

Nonstop has also bought Nordic and Baltic rights to Gina Gammell and Riley Keough’s Camera d’Or winner War Pony, from Protagonist Pictures. The Un Certain Regard title is about two young men growing up in the Pine Ridge Reservation.

Beyond the Cannes titles, NonStop has bought Charlotte Regan’s hotly anticipated feature debut Scrapper, sold by Charades. The film is about a 12-year-old girl who reunites with her estranged father. Harris Dickinson, Laura Aikman and Ambreen Razia in the film, which was selected for the BFI and British Council’s pre-Cannes Great 8 showcase.

Jakob Abrahamsson, CEO NonStop Entertainment, said, “It was such a delight to be back at the grand dame of all film festivals and meeting your friends and peers, and entering with two prebuys that turned out to be absolutely stellar (One Fine Morning and Decision To Leave) and on top of that acquiring some of the most talked about films of the whole programme, including Cronenberg’s latest body horror.”