Feature documentary will focus on the fastest man on Earth. 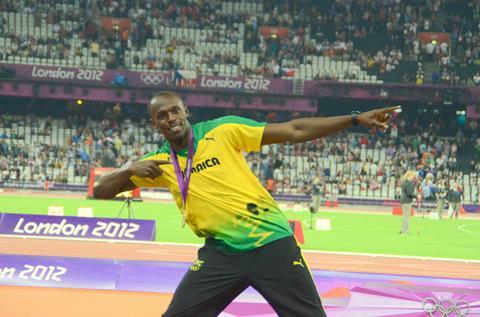 Jamaican sprinter Usain Bolt is to be the subject of a feature documentary, following his journey to the 2016 Olympics in Rio and planned retirement in 2017.

The film will be made by Fulwell 73, the London-based production company behind Manchester United documentary Class of ‘92 and boyband film One Direction: This is Us. Executive producers on the project are Doyen Group, who previously collaborated with Fulwell 73 on ‘Class of 92’.

It will be directed by Gabe and Ben Turner and produced by Leo Pearlman, the team behind Class of ‘92 and One Direction: This is Us.

Six-time Olympic gold medal-winner Bolt said he was “excited” to start work on this project. “When I met Gabe and Ben and heard about their previous work I felt they would be the right people to tell my story and capture my journey to Rio 2016,” he added.

Principal photography on the film will start in Jamaica next month and will follow Bolt through his training and preparation, as he attempts to accomplish an unparalleled trilogy of Olympic gold medals in the Blue Riband event at the Rio Olympics in 2016.

Turner said: “Having explored the dynamic of brotherhood and teammates in our previous film, this time around Ben and I had a real interest in looking at the life of an athlete competing in an individual sport.

“When the opportunity arose to do so with the greatest single athlete of all time, we leapt at the chance. Usain’s journey over this next year and what he achieves in Rio will define his legacy and redefine what is possible in his sport. We cannot wait to be with him every step of the way.”

Filming will include rare insight into Usain’s preparation for the Olympics and journey through to his self-proclaimed retirement in 2017. It will also look back on his career and achievements to date.