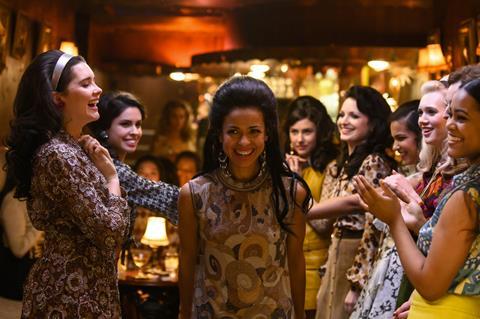 Pathe is to give Miss World comedy-drama Misbehaviour an early UK digital release due to the closure of cinemas just four days after its release in the wake of the Covid-19 outbreak.

The film, starring Keira Knightley and Gugu Mbatha-Raw, will be made available on all premium VOD platforms from April 15 for an exclusive period – three months earlier than originally planned.

Misbehaviour was released by Walt Disney Studios in the UK on March 13 and spent just four days on theatrical release before cinemas nationwide were closed, following government advice to slow the spread of coronavirus.

It opened with £350,000 in spite of a slowdown in admissions as social distancing measures began and had taken £420,000 by the time theatres had closed their doors.

It is the latest title to receive an early digital release in the UK as a result of the pandemic. Lionsgate released Military Wives on premium VOD platforms on March 27 while Universal made titles including The Invisible Man, Emma and The Hunt available to audiences early.

Smaller independent releases such as The Perfect Candidate also received digital debuts in the UK in place of planned theatrical releases and Vertigo recently announced it would make Harvey Weinstein-inspired drama The Assistant available on digital platforms from May 1.

Misbehaviour marks the second directorial feature from Bafta-winner Philippa Lowthorpe, after Swallows And Amazons in 2016, and tells the true story of a group of women who plan to protest the 1970 Miss World beauty contest. Mbatha-Raw plays Jennifer Hosten, the first black woman to win Miss World.

Written by Rebecca Frayn and Gaby Chiappe, the film is produced by Suzanne Mackie and Sarah Jane Wheale. It is a Pathé, Ingenious Media, BBC Films, BFI presentation of a Left Bank Pictures production.