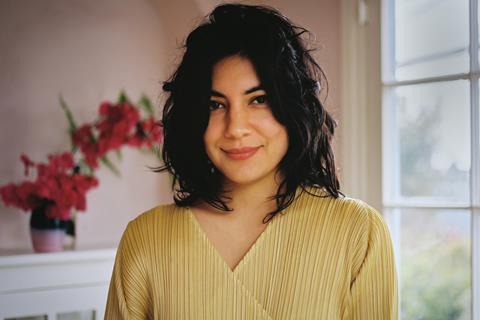 Arias most recently served as VP of Film Mode Entertainment and reports to Voltage president and COO Jonathan Deckter.

She joins as the company continues to assemble a heavyweight sales roster that features After We Fell, the third instalment in the hit After YA franchise starring Hero Fiennes Tiffin and Josephine Langford.

At Film Mode Arias worked on international sales, business affairs and facilitating production loan closings with financing institutions for many projects such as upcoming Thomas Jane films Slayers and Dig.

Prior to moving to Los Angeles in 2018 to work at Global Road, the executive managed the Mexico City office of Mundial, the international film sales JV launched by IM Global and Canana. She began her career at SundanceTV where she worked on marketing campaigns for Top Of The Lake, The Returned, and The Honorable Woman.

“We’re all thrilled that Patricia is joining Voltage during this incredibly exciting time,” said Deckter. “I’m sure with her brains, unlimited ambition and unquestionable tenacity she will continue her upward trajectory in this space, and fully expect that in no time buyers the world over will refer to her and Danielle [Gasher, director of international sales] as the Voltage Dynamic Duo.”

Voltage’s virtual Cannes market roster also features YA romance Time Is Up starring Bella Thorne and Italian popstar Benjamin Mascolo; Per Tutta La Vita (For All Life) from the producers of Perfect Strangers; and romance Finding You, which filmed in Ireland and stars Katherine McNamara, Tom Everett Scott and Vanessa Redgrave.