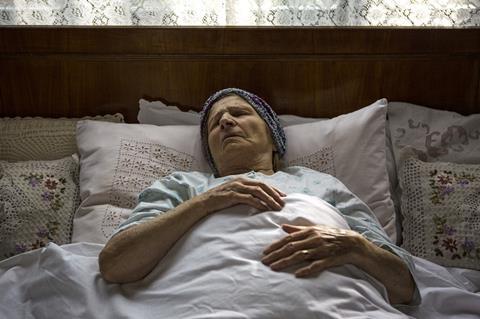 The world premiere of Pjer Žalica’s comedy drama Focus, Grandma will open the Sarajevo Film Festival in Bosnia-Herzegovina on August 14.

It marks the third time a film by Sarajevo-born Žalica has opened the festival after Fuse in 2003 and Days And Hours in 2004. Focus,  Grandma was shot in the Bosnia and Herzegovinian capital in November last year. Fuse won the Silver Leopard at Locarno, best first feature at Sarajevo and the Golden Star at Marrakech in 2003.

Set in April 1992 during the early months of the Bosnian War, the story follows family members who return to Sarajevo to gather around the death bed of their matriarch. But a doctor’s prognosis that she has minutes to live turns into days, while the family argues over a potential inheritance focussed around a large family house in Sarajevo.

The director is expected to attend the premiere at Sarajevo’s Open Air theatre on August 14 alongside cast and crew. The festival, one of south-eastern Europe’s leading film events, is to go ahead this year as a hybrid of physical and online events due to the Covid-19 pandemic.

SFF’s full line-up will be announced in the coming weeks. It is running as a hybrid physical-online event from August 14-21.