Premiere in talks with buyers for Milo Ventimiglia sci-fi 'Abduction'

EXCLUSIVE: Project, titled Devil’s Gate in the US, premiered at Tribeca last month. 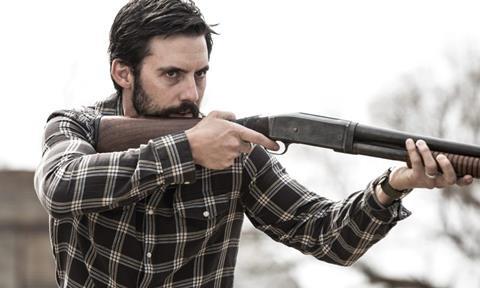 Los Angeles-based Premiere Entertainment Group has added the Tribeca sci-fi thriller Abduction to the roster and begun talks with international buyers on the Croisette.

Milo Ventimiglia, riding high on NBC hit This is Us, stars alongside Amanda Schull and Shawn Ashmore.

Abduction premiered at Tribeca last month under its US title Devil’s Gate, so named because of the North Dakota town where the action takes place.

The story centres on an FBI investigation into the case of a missing woman and her son. The husband is the chief suspect, although nothing is as it at first seems. CAA represents US rights.

Clay Staub, who served as second unit director on the likes of 300 and Dawn Of The Dead, makes his feature directorial debut and wrote the screenplay.

“This is a dark and riveting cop thriller with a big twist,” said Premiere Entertainment vice-president of development and acquisitions Carlos Rincon. “The director made exceptional use of the desolate location by turning it into an epic landscape that transforms itself into a menacing character.”

Skyler Mednick added: “Working with some of the team from 300 we succeeded in getting the same level of production quality that we bring to our much larger studio projects. This allowed us to elevate the quality of filmmaking in Devil’s Gate above what is typical of smaller genre pictures.”

President and CEO of Premiere Entertainment Group Elias Axume and Rincon brokered the deal with Mednick.