EXCLUSIVE: Companies plan to release the film in UK in April. 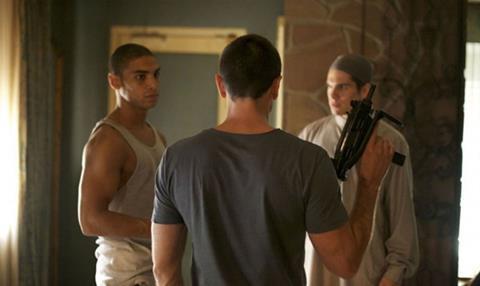 UK distributor Soda Pictures and Paris-based Pretty Pictures have co-acquired UK and Ireland rights to French director Nicolas Boukhrief’s thriller Made In France, revolving around a young, undercover journalist who uncovers a terror plot when he infiltrates a Muslim fundamentalist group on the outskirts of Paris.

The film hit the headlines last November after its imminent French theatrical release was hastily cancelled following deadly terror attacks on Paris, in which 130 people lost their lives, because the storyline was chillingly close to the events that had rocked the capital.

“We are delighted to be working with our friends at Soda Pictures. We often have the same films for our own territory and I’m delighted that we now have a film we can distribute together in the UK,” said Velaise, who is also handling distribution in France.

The deal was brokered with Paris-based WTFilms which is handling international sales.

“We are pleased Pretty Pictures came to us with this partnership plan on Made in France, so that we can work with them on positioning the film in the most authentic and engaging way given the sensitive nature of the story,” said Soda Pictures managing director Eve Gabereau.

The companies plan to release the film theatrically and online in the UK in April.

At the beginning of January, Pretty Pictures decided to shelve the planned French theatrical release on some 100 screens altogether, opting instead for a VOD release on all the country’s major VOD platforms on Friday (Jan 29).

The operation has so far proved a success. There has been considerable coverage and buzz around the release and the film - costing a premium price of €6.99, against the regular rate of €4.99 for a new title - is currently at the top of the French iTunes VOD chart. It is also headlining popular platforms like MyTFI VOD and FilmoTV.

“Given the press and audience reaction in France, we can see that there is great interest in seeing it and discussing the power of fiction when it comes to real events. We are excited about mirroring PP’s e-cinema approach in a digital release in the UK,” commented Gabereau.