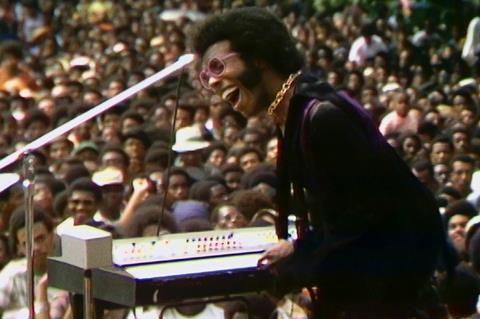 Ahmir “Questlove” Thompson’s Summer Of Soul (…Or When The Revolution Could Not Be Televised) will open the UK’s Sheffield Doc/Fest 2021 (June 4-13). The festival has united with UK cinemas for the first time to simultaneously premiere the documentary.

The festival will close with the world premiere of Mark Cousins’ The Story Of Looking, which will also debut simultaneously at several partner cinemas around the UK, including London’s BFI Southbank, Glasgow Film Theatre and HOME in Manchester.

This year’s Doc/Fest is being planned as a hybrid event, with films screening physically in Sheffield as well as via an online platform, after the entire festival was forced to go virtual in 2020 due to the Covid-19 pandemic.

Thompson’s US documentary about the seminal 1969 Harlem Cultural Festival will receive its European premiere at Doc/Fest, having debuted at Sundance where it won the grand jury prize and audience award in the documentary category. Searchlight Pictures will release the film in UK and Ireland this summer, when it will also be made available to stream on Disney+.

The Story of Looking, which was presented as a work-in-progress title at Switzerlands Visions du Reel festival this week, is the latest feature from UK documentary maker Cousins, who received the innovative storytelling prize at the European Film Award in December for his 14-hour epic Women Make Film: A New Road Movie Through Cinema.

In his new film, inspired by his book of the same name, Cousins is faces with the threat of losing his sight and embarks on an intimate journey from his bed to explore the central role of looking in his own life, as well as the history of the human gaze. Cousins will also be in conversation, live-streamed from Sheffield, about his personal relation to film and images.

Doc/Fest also revealed four films that have been selected for its Into the World strand, led by the UK premiere of Alba Sotorra’s The Return: Life After Isis. The film, which debuted at SXSW, follows Western women such as Shamima Begum and Hoda Muthana who spent their teenage years supporting Isis but now want to return to their home countries.

Further titles include the world premiere of Carlos Ghosn: The Last Flight by Nick Green; the UK premiere of Minamata Mandala by Japanese filmmaker Kazuo Hara; and the European premiere of Alvorada Palace by Brazil’s Anna Muylaert and Lô Politi.

The full public and industry programmes for Sheffield Doc/Fest 2021 will be announced on May 12.