Rediance picks up ‘Virgin Blue’, ‘Epic Of A Stone’ (exclusive) 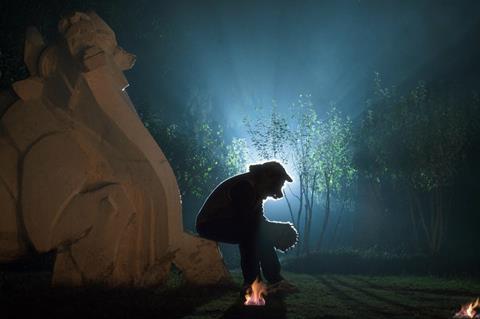 Beijing-based sales company Rediance has picked up two titles in the run-up to the EFM – Niu Xiaoyu’s drama Virgin Blue and Dutch-Chinese documentary Epic Of A Stone.

Produced by China’s Blackfin Production and Big Fish Films, Virgin Blue is the second debut film from a Chinese female director following Zheng Lu Xinyuan’s The Cloud In Her Room, which won the Tiger Award at this year’s Rotterdam film festival.

Virgin Blue tells the story of a college graduate who returns home for summer vacation, but finds herself sinking into her childhood memories, as well as the memories of her grandmother, which begin to take on actual forms in life. The film is currently in post-production.

Epic Of A Stone investigates the “multi-layered global economic chain driven by Chinese domestic consumption” by following a piece of marble, mined in Greece, that is shipped to China and made into Western-style products for Chinese tourists in Europe.

Co-produced by the Netherlands’ Muyi Film and China’s Blackfin Production, the film is directed by Sean Wang, whose feature-length documentary, Lady Of The Harbour, premiered at IDFA (International Documentary Filmfestival Amsterdam) in 2017.

Blackfin has also produced award-winning films such as Kaili Blues and Mosaic Portrait, while Muyi Film’s credits include Kabul, City In The Wind, which opened IDFA in 2018. Currently in post-production, Epic Of A Stone also has France’s ARTE, Japan’s NHK, Switzerland’s RTS and Greece’s ERT on board as co-producers.