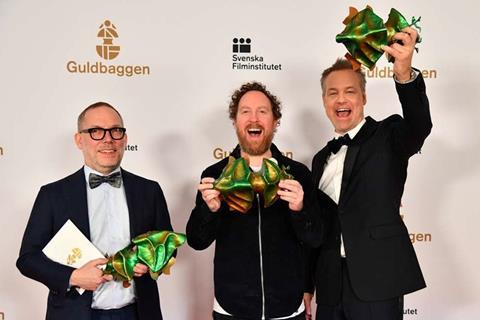 Run Uje Run, written by and starring Swedish musician Uje Brandelius, is an autobiographical comedy-drama that centres on a pop star who is diagnosed with Parkinson’s.

The feature, which won the audience award and Fipresci prize when its debuted at Goteborg Film Festival last year, also scored the best leading actor and screenplay prizes for Brandelius at the ceremony in Stockholm last night (January 25).

Charter is Kernell’s second feature, after the acclaimed Sami Blood, and received its world premiere at Sundance. The story follows a Swedish mother’s desperate move to abduct her own children on a trip to the Canary Islands because she fears she will lose custody of them. TrustNordisk has closed a raft of sales on the title.

Other winners included I Am Greta, Nathan Grossman’s portrait of young Swedish climate activist Greta Thunberg, which won best documentary; while best international feature was awarded to another documentary, For Sama, directed by Waad Al-Kateab and Edward Watts.

Best Sound/Sound Design
Fredrik Lantz, The Other Side (Andra sidan)

The Gullspira (for extraordinary contributions in films for children)
Jon Nohrstedt, producer