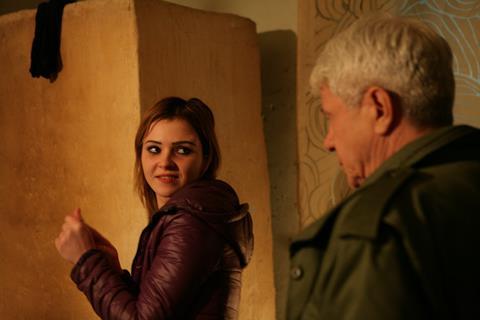 These include Romanian filmmaker Cătălin Mitulescu’s fourth film Heidi in the feature competition, about an ageing police officer tasked with finding two prostitutes who he needs to testify in an organised crime case.

Mitulescu debuted with The Way I Spent The End Of The World which won Dorotheea Petre the best actress prize in Un Certain Regard at Cannes 2006; his most recent title, 2016’s By The Rails, picked up a special mention at Karlovy Vary Film Festival that year.

Also debuting in the feature film competition is Bosnian filmmaker Ines Tanović’s sophomore film as director Son, about the life of an adopted teenager in modern Sarajevo.

Tanović, a native of the city, debuted her first film Our Everyday Life at the festival in 2015. It went on to tour the festival circuit and became Bosnia and Herzegovina’s submission for the foreign language award at the 2016 Oscars – the same award won by Tanović’s cousin, Danis Tanović, with No Man’s Land in 2002.

Films to play in the festival having launched elsewhere on the circuit include Bosnian director Ena Sendijarević’s Take Me Somewhere Nice, which won a special mention at Rotterdam Film Festival where it premiered in January; and Tamara Kotevska and Ljubomir Stefanov’s documentary Honeyland about Europe’s last female bee hunter, which won three prizes on debut in January at Sundance Film Festival – the cinematography, special jury and grand jury prizes in the world cinema documentary section.

In total, 53 films will compete for the Heart of Sarajevo awards at this year’s festival, across the feature, documentary, short and student film sections. The 53 titles were chosen from 950 submissions, of which 150 were features, 180 documentaries, 420 shorts and 200 student titles.

The full line-up is available on the SFF site.