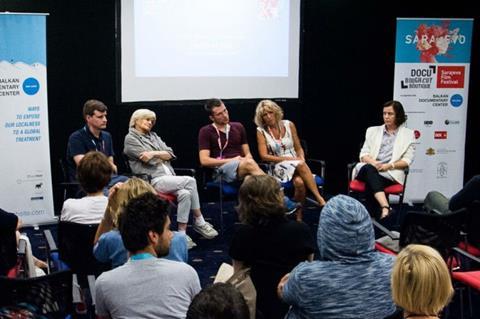 Docu Rough Cut Boutique, the workshop created by Sarajevo Film Festival and the Balkan Documentary Centre, has selected the projects for its 2018 edition.

Among the selected projects are One Of Us from Croatian director Đuro Gavran, whose short Verdict debuted at Rotterdam Film Festival in 2013; The Magic Life Of V from Bulgarian director Tonislav Hristov; and Diary Of A Serious Offender from Danilo Ceković.

Rounding out the selection are Siniša Gacić’s Daughter Of Camorra and Catalina Tesar’s The Chalice.

Now in its 8th edition, the workshop focuses exclusively on documentary films currently in post-production from South East Europe and the Caucasus region.

The programme will run across two working modules in a structure used for the first time last year. The first consisting of editing tutorials, group sessions and individual meetings in June in Sofia. This will be followed by additional feedback sessions, open screenings and presentation at the CineLink Industry Days in Sarajevo in August.

This year’s Sarajevo Film Festival runs from August 10 to 17, and will open with Pawel Pawlikowski’s Cold War, with Iranian director Asghar Farhadi presiding over the competition jury.