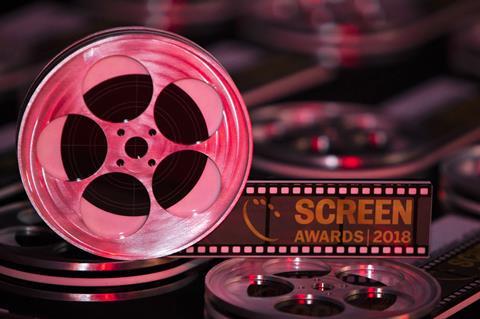 Entries are now open for the 2019 Screen Awards, which celebrates its 10th anniversary this year.

This year’s ceremony will take place on November 28. For the second year running, the venue will be The Ballroom Southbank, situated near the London Eye and the Royal Festival Hall.

Entries are now open and the closing deadline is Friday August 30. Click here to enter.

This year sees the introduction of seven new categories. They are:

In previous years, documentary and foreign-language film releases have competed in the same category – Specialist Film Campaign of the Year – which has now been divided into two separate categories. The new categories are open to feature films that premiere on VoD platforms, in cinemas or both (day-and-date releases).

PR Campaign has been re-introduced for 2019, replacing the PR Team of the year categories (agency and in-house).

The other new awards have been introduced to honour excellence in exporting UK films internationally (sales deal), media partnerships, innovations in the audience experience (Gamechanger) and post servicing and work on UK productions.

Screen International editor Matt Mueller commented:  “We’re delighted to be celebrating 10 years of the Screen Awards this year. From the beginning, the awards have always been about celebrating the dynamic individuals and companies who connect films with audiences, and innovation has always been a key part of that. As the industry continues to evolve, we also look to evolve the awards each year, updating some categories and adding in news ones. We look forward to celebrating some outstanding work with the UK industry on November 28.”

Among this year’s sponsors are Movio, Powster, ScreenSkills, UK Cinema Association and newcomer MUBI Go for the Cinema of the Year (24 Screens or under).