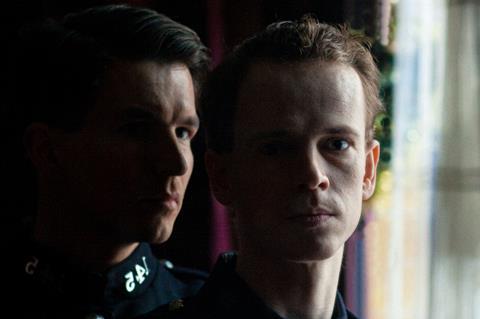 Koen Mortier and Tim Mielants are among the Flemish directors to receive support for their new film projects in the latest round of investments made by Screen Flanders, which were announced today (Jan 17).

Mortier, the director of cult hit Ex-Drummer, is to receive €50,000 ($57,000) for his new feature Skunk, about a dysfunctional family scarred by alcohol, sex and violence. Their life is seen through the eyes of a young hero, Liam, a neglected teenager.

Mortier will again be working with leading Flemish cinematographer Nicolas Karakatsanis, whose US credits include Cruella and I, Tonya. Skunk is produced by Flemish production outfit Czar Film & TV (Rookie, Voices Of Liberation), in co-production with Baldr Film in The Netherlands.

Meanwhile, Mielants, who directed season three of Steven Knight’s hit crime series Peaky Blinders, is set to receive €295,000 ($336,000) for his new film Will. Based on a novel by Jeroen Olyslaegers, the historical drama tells the story of Wilfried Wils, an auxiliary policeman in Antwerp at the start of the Second World War who finds himself trapped between the German occupiers and the local resistance.

Will is being made through production companies Lecter Scripted Media, Menuetto and Minds Meet, and co-produced by the Dardennes brothers’  Les Films du Fleuve in French-speaking Belgium and Topkapi Film in the Netherlands.

Other films receiving support include €180,000 for Holy Rosita, the feature debut from director Wannes Destoop; Steffen Geypens’ Noise, about a social-media influencer who discovers a dark secret in his father’s past, which was granted €210,000 and is being made for a global streaming platform; and €215,000 for Mascha Halberstadt’s animated feature Fox And Hare Save The Forest which is being part animated at leading Belgian studio Walking The Dog.

Among the latter are the new season of courtroom drama The Twelve produced by Eyeworks Film & TV Drama; romantic comedy drama Exes, produced by Flemish production outfit Wilder Content; Marc Punt’s police thriller series Fair Trade 2 – The Road Back, produced by Independent Productions; Barber Aziz, a drama about a Flemish family of Turkish-Algerian descent being produced by W2; and international thriller series The Swarm, which stars Cecile De France and is being distributed via ZDF, France Télévision, Viasat and Hulu Japan.

Another project in line for Screen Flanders support is Draw For Change!, a six-part documentary series about radical female cartoonists around the world which is being sold internationally by Autlook.