Screen is launching its jury grid for the 2019 Cannes Film Festival, and for the first time has included a print version of the jury grid in its day one Cannes magazine for readers to fill in themselves.

The print grid, which can be found at the back of the first daily, is intended to be removed from the magazine and affixed to a wall, and then filled with the scores given by our critics throughout the festival.

There is also space to add your own scores, plus a box to predict the eventual Palme d’Or winner.

This year’s participating critics are: 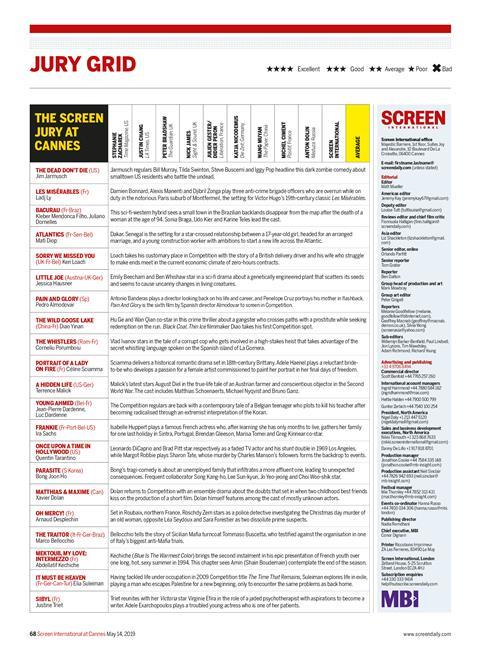 As in previous years, critics will record a score for each of the Competition titles, on the following scale: four (excellent), three (good), two (average), one (poor), and zero (bad).

These scores are then combined to produce an average, which is rounded up/down to the nearest tenth.

The grid will begin with Jim Jarmusch’s The Dead Don’t Die, premiering tonight (May 14).