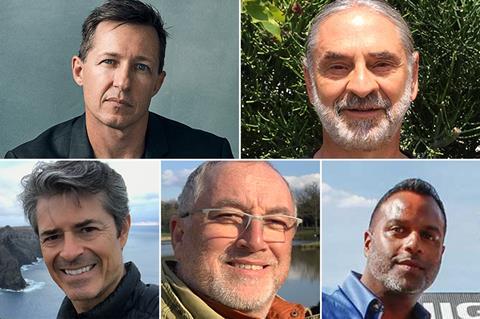 The latest in our Screen Talks live Q&A series will be co-hosted by our sister publication KFTV and will take place on Wednesday May 13 at 16:30 BST. It will explore how international production companies can prepare for the global locations landscape once we emerge from the Covid-19 pandemic. This episode of Screen Talks is sponsored by St Petersburg Clearwater Film Commission.

The Talk will address which countries are already opening up to productions and what can be learned from them; whether producers will have to reconsider where and how they shoot; and managing logistical issues including transport, insurance, health & safety, equipment and visas testing.

The 30-minute discussion will be followed by a 30-minute live Q&A in which the audience will be able to ask questions to the speakers; advance questions can also be sent to orlando.parfitt@screendaily.com. The webinar password will be emailed after registration.

The webinar will be available to watch on Screendaily and KFTV.com after it has taken place.

As film commissioner, Tony covers 24 cities in Pinellas County. He is also an award-winning filmmaker and the founder and former executive director of the Sunscreen Film Festival. He works with hundreds of productions each year and works closely with film distributors and sales agents attending markets like Cannes, Sundance, Toronto, AFM and more.

Michael Moffett co-founded the Production Service Network (PSN), a one-stop shop built to help producers determine where best to film overseas and whom to rely on for local support. The Network plugs producers into local knowledge to build a better production plan, access incentives, and execute the most demanding of scripts. Before PSN, Moffett produced and serviced film and TV projects from his base in Spain.

Mike is a vastly experienced location manager and production supervisor who has worked on over 30 major films, including Top Gun: Maverick,The Amazing Spider Man, Indiana Jones And The Kingdom Of The Crystal Skull and Godzilla. He is also a proud member of Teamsters Local 399 and is a founding member of the Location Managers Guild International.

Suresh is the founder of vdoc, a video consultation doctor service providing members with rapid access to medical facilities around the world. vdoc’s largest client, VFS (Visa Facilitation Services) Global represent 64 client governments globally. Suresh was awarded the Entrepreneurship in the Private Healthcare Sector in 2017 at the House of Lords. He also owns and operates the Woodlands Healthcare Group, which was sold in 2009 to BMI Healthcare. He has extensive knowledge about healthcare, including measures that need to be taken in these tough coronavirus times.

This episode of Screen Talks is sponsored by: