EXCLUSIVE: The facility has been installed at Mocha Chai Laboratories. 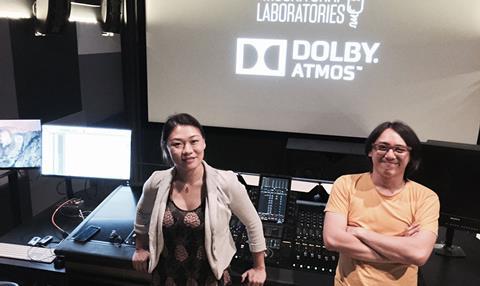 Taking charge of the new mixing theatre is award-winning sound designer Lim Ting Li whose most recent work is Boo Junfeng’s Apprentice, which premiered at Cannes’ Un Certain Regard this year.

Lim recently joined MCL as director of sound. She graduated from the National Film & Television School in London with an MA in sound design. Her recent awards include the Verna Fields Award in sound editing at the MPSE Golden Reel Awards in Los Angeles and the best sound designer award at the 2013 Underwire Festival in London.

With the addition of a mixing theatre, MCL is now Singapore’s first fully integrated digital film lab, offering final mix, online finishing and colour grading all under one roof.

“Gone are the days when Singaporean filmmakers had to travel to other countries such as Thailand and Hong Kong just to have their final picture grade and cinema sound mix properly done. We also aim to cater for filmmakers from South East Asia to make use of our new facility,” says filmmaker-turned-entrepreneur Chai Yee Wei.

MCL was launched by Chai as a digital film lab specialising in DCP in 2012 when not many options were available at that time for filmmakers like himself. He has previously directed four films, including two horrors, Blood Ties and Twisted, and two musicals, That Girl In Pinafore and The Voice Of China - I Want You.