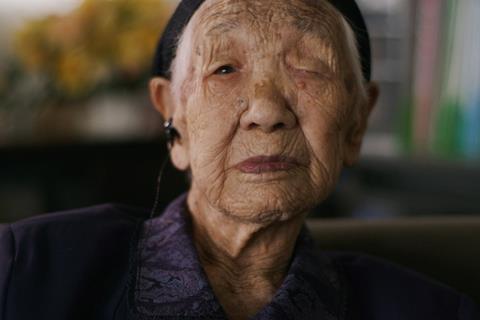 ‘The Oldest Person in the World’

Danish documentary festival CPH:DOX has revealed the 35 projects set to be presented at CPH:FORUM, its financing and co-production event that will take place online-only from April 26-30.

Further notable filmmakers include Radu Ciorniciuc, whose Acasa, My Home won the cinematography award when it premiered at Sundance 2020. His next project, Tata/Father, is co-directed by Acasa screenwriter Lina Vdovîi and centres on a man who works in modern-day slavery conditions.

Another Oscar nominee in the selection is US filmmaker Sam Green, who was up for the Academy Award for best documentary in 2004 with The Weather Underground. His upcoming feature is The Oldest Person In The World, which acts as a follow-up to his 2014 Sundance doc The Measure Of All Things that explored Guinness World Record holders.

For the eighth consecutive year, the Forum projects are eligible for the Eurimages Co-Production Development Award of €20,000 ($24,000) for the event’s best pitch.

Due to the ongoing pandemic, CPH:FORUM will take place online, with projects highlighted in individually curated pitch setups and introduced to specific financing partners. A brand-new catch-up platform is also being developed to host follow-ups between producers, buyers and distributors in the months after the five-day event.

In addition, eight work-in-progress projects from Nordic producers and directors have also been selected and will present at the CPH:WIP event on April 27. Upcoming, nearly finished films from established Nordic production companies such as Final Cut for Real and Momento Film will be seeking gap financing or a launchpad for further distribution. The titles are curated in collaboration with the Nordic film institutes.

The WIP titles include The Life and Times of Omar Sharif, directed by Axel Petersén and Mark Lotfy. The Sweden-Egypt-UK co-production will offer a portrait of the late star of Doctor Zhivago and Lawrence Of Arabia. Petersén previously co-directed The Real Estate, which played in Competition at the Berlinale in 2018.

The Forest For The Trees (Scot-Fr-US)
Dir: Lucy Walker

The Elephant In The Room (Ger-US)
Dir: Eugene Jarecki

The Oldest Person In The World (US)
Dir: Sam Green

The Killing Of A Journalist (Den-US)
Dir: Matt Sarnecki