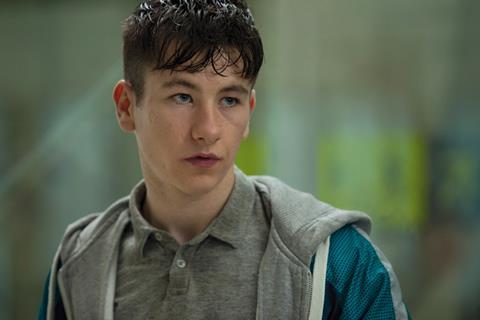 Sundance Channel Global has acquired five features from this year’s Sundance Film Festival and will exclusively premiere the titles shortly after the festival.

They include Mammal, The Fits, Spa Night, Jacqueline (Argentine) and My Friend In The Park (Mi Amiga Del Parque).

Mammal has been acquired from Picture Tree International Central and Eastern Europe, Iberia, Latin America, and the Middle East and North Africa.

The film, directed by Rebecca Daly, sees Australian actress Rachel Griffiths play a woman who befriends a young homeless man, played by Barry Keoghan, following the death of her son. Mammal is Irish director Daly’s second film following The Other Side Of Sleep, which debuted in Directors’ Fortnight at Cannes in 2011.

The Fits and Jacqueline (Argentine) have been acquired for Asia, Central and Eastern Europe, Dutch Benelux, Iberia, Latin America, and the Middle East and North Africa.

The Fits, sold by Mongrel Media, centres on an 11-year-old tomboy, who trains as a boxer with her brother at a recreation centre in Cincinnati’s West End and becomes fascinated by the dance drill team that also practices there - where a tight-knit group start experiencing mysterious fits of shaking and fainting. The US-Italy co-production is directed by Anna Rose Holmer.

US title Jacqueline (Argentine), sold by Visit Films, is about a young French woman who hires a man to document her self-imposed political asylum in Argentina after supposedly leaking highly confidential government secrets.

My Friend In The Park (Mi Amiga Del Parque), also sold by Visit Films, has been acquired for Asia, Central and Eastern Europe, Dutch Benelux, Iberia, and the Middle East and North Africa.

The fourth feature by Argentinian actor-writer-director Ana Katz explores the joys, isolation and challenges of parenthood through the friendship of two new mothers who meet in a park and develop a deep bond. Katz also stars in the film with Julieta Zylberberg, Daniel Hendler and Maricel Álvarez.

Spa Night, sold by The Film Sales Co., has been acquired for Dutch Benelux, Central and Eastern Europe, Iberia and Latin America.

The US feature, directed by Andrew Ahn, is set over one night at a Los Angeles’ Korean spa, which serve as meeting place and bridge between past and future for generations of immigrant families.