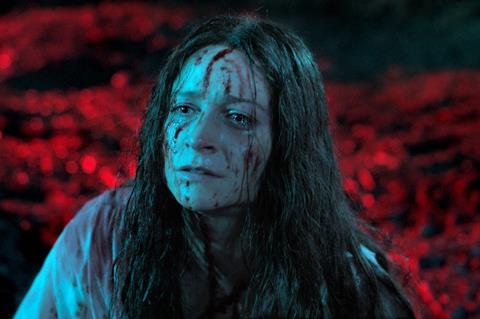 Vertigo Releasing has acquired UK and Ireland rights to Prano Bailey-Bond’s Censor from Protagonist Pictures and is planning a theatrical release when cinemas reopen.

The UK psychological horror received its world premiere at the Sundance Film Festival, where it opened the Midnight section, and played in Panorama at the Berlinale last month. Vertigo is planning a theatrical-only release on July 2, when cinemas across the UK and Ireland are anticipated to have re-opened post-lockdown.

The film marks the feature debut of Bailey-Bond and stars Niamh Algar, known for her roles in Calm With Horses and Ridley Scott series Raised By Wolves. Both were named Screen Stars of Tomorrow in 2018.

Set in 1985, the story centres on film censor Enid (Algar), who discovers an eerie horror that speaks directly to her sister’s mysterious disappearance. She resolves to unravel the puzzle behind the film and its enigmatic director – a journey that blurs the lines between fiction and reality.

Written by Bailey-Bond and Anthony Fletcher, Censor is produced by Helen Jones of Silver Salt Films. It was developed by the BFI, Film4, Creative England via the BFI Network and Ffilm Cymru Wales.