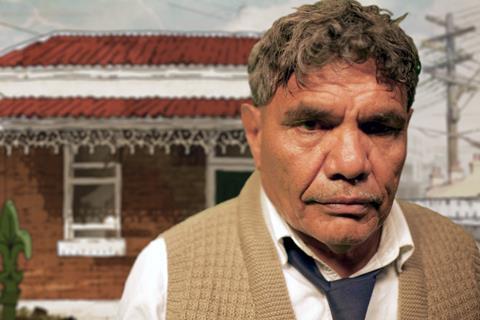 ‘The Skin of Others’

The Sydney Film Festival has revealed a pared-back selection for its first virtual edition after cancelling the physical event in the wake of the Covid-19 outbreak.

The Australian festival was due to run June 3-14 but organisers took the decision in March to cancel the event due to the coronavirus pandemic, which imposed quarantine restrictions and cinema closures.

The new-look event will now run online from June 10-21 and includes seven narrative features, 13 documentaries and 13 shorts. The 33-strong programme is around 10% of the usual line-up, which comprises around 300 titles. Last year saw SFF record its biggest box-office takings.

The 10 features in the Europe! Voices of Women in Film strand will be the only non-Australian works shown at festival. More details on the strand can be found here.

The films will be available to watch on-demand across Australia on the festival website, with single tickets costing A$14 ($9) and access to all films in the programme costing A$199 ($133).

Split across four strands, the programme comprises the Documentary Australia Foundation award for best Australian documentary; the Dendy Awards for Australian short films; Europe! Voices of Women in Film; and Screenability, a platform for filmmakers with disabilities.

The documentary strand includes 10 features – of which eight are world premieres – and one will be presented with a cash prize of A$10,000 ($6,670) at a virtual awards ceremony on June 18.

The titles include the world premiere of The Skin Of Others, directed by Tom Murray whose documentary Dhakiyarr vs The King played in competition at Sundance in 2005. The film centres on an Aboriginal soldier who fought in the First World War and became an advocate for indigenous rights.

All feature-length titles will include exclusive filmed introductions by the directors and Q&A sessions.

SFF has also joined 20 major festivals around the world in the We Are One: A Global Film Festival initiative, which will present a free 10-day digital festival from May 29 in collaboration with YouTube.

SFF has also partnered with state broadcaster SBS to stream 40 features and documentaries that have previously screened at the festival. The films will be available for free from June 10, the date the virtual festival begins, for a month.

Cinemas in the country may open as soon as June 22 with social distancing measures in place. At present, Australians are advised against non-essential travel around the country and all arrivals to Australia by land or sea are subject to a 14-day quarantine period.