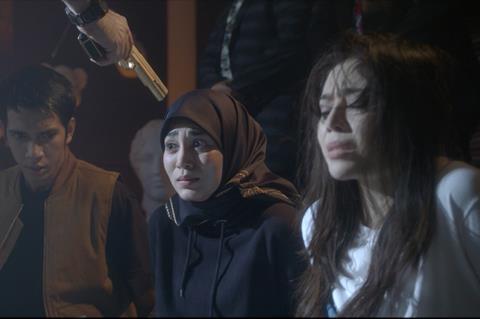 TBA Studios, based in the Philippines, has acquired worldwide rights to Malaysian thriller Lights Out, directed by up-and-coming filmmaker Aliff Ihsan Rahman.

Produced by Malaysia’s Horizon Film Entertainment and Articulate Fusion Productions, the recently-completed film is being lined up for a theatrical release in both Malaysia and Indonesia.

The story follows five friends who are involved in an accident on their way home from a holiday in Genting Highlands. One of the friends dies in the accident and rest of the group find themselves being haunted when they go to identify the body in a morgue.

TBA Studios is launching sales on the the film at the American Film Market (AFM). The company’s AFM slate also includes music documentary Fanny: The Right To Rock, urban crime thriller Boundary and documentary A Is For Agustin.

A leading film production and distribution outfit in the Philippines, TBA Studios has produced films such as romantic comedy I’m Drunk, I Love You and historical epics General Luna and Goyo: The Boy General.