EXCLUSIVE: Last Call for Nowhere sold to Neue Visionen for Germany and Frenetic for Switzerland. 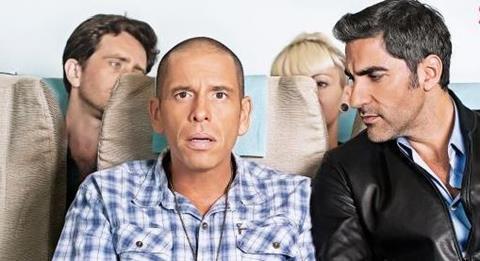 Last Call reunites de Chauveron with Serial (Bad) Weddings co-stars Ary Abittan and Medi Sadoun. Abittan plays José Fernandez, a French border officer sent to Malta to execute an extradition order against Sadoun’s Akim, a man wrongly accused of committing terrorist offences. Fernandez is supposed to accompany Akim on a flight to Kabul, but Akim has other ideas. When he escapes, a wild goose chase across the island ensues.

UGC Distribution will release the film in October 2016.

Paris-based TF1 International previously sold Serial (Bad) Weddings to more than 50 territories worldwide. That film starred Christian Clavier as a conservative Roman Catholic coming to terms with the marriage of his four daughters to Frenchmen of ethnic origin.

Having grossed $96m at home, the film went on to make $76m internationally and was a breakout hit across continental Europe, especially in Germany where it pulled in more than 3m admissions.