'The Girl On The Train' tops UK social media buzz 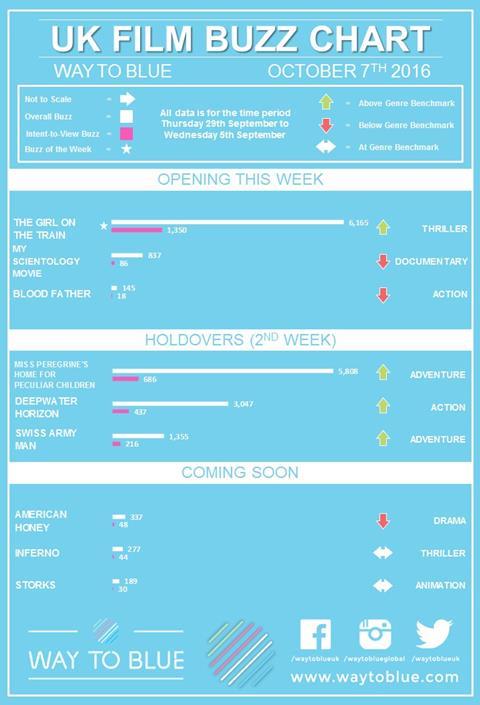 The Girl On The Train, which opened in UK cinemas on Wednesday (Oct 5), prompted the most buzz on UK social media channels throughout the last week, according to analysis firm Way To Blue.

The mystery drama amassed 6,165 comments across social media, news, forums and blogs over the last seven days, with 1,350 of those registering intent to view.

According to the chart, forthcoming releases including American Honey and Storks have yet to ignite much social media buzz.