‘The Last Warrior: Root Of Evil’ leads raft of Russian deals out of EFM (exclusive) 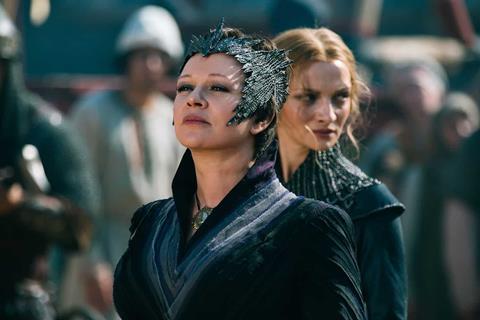 ‘The Last Warrior: Root Of Evil’

Russian distributors have closed multiple deals in the wake of the recent European Film Market (EFM), including a fantasy hit produced with Disney and several genre features.

Moscow-based All Media has been doing strong business with fantasy adventure The Last Warrior as well as sequel and recent box office success The Last Warrior: Root Of Evil.

The Last Warrior: Root Of Evil has proved a box office hit in Russia despite the pandemic, taking $28.3m since its release on January 1.

More deals in the pipeline

The latest EFM deals follow recent sales secured by Russian distributor Central Partnership such as Chernobyl, which has been acquired by Capelight Pictures for North America and German-speaking territories, with the firm partnering with MPI Media Group on the US release. The big budget disaster feature, directed by Danila Kozlovsky, has also sold to Chinese streaming giant iQIYI.

Evgenia Markova, CEO of state promotional body Roskino, said that Russian companies had signed more than 30 deals during the EFM, which took place virtually from March 1-5, with a number of other agreements still under negotiation.

On the distribution side, Moscow-based Capella Film took Russian rights to Sundance documentary A Glitch In The Matrix, by US filmmaker Rodney Ascher, in a deal with Magnolia Pictures.

Capella is looking to release the film in Russian cinemas this summer and before taking it to home entertainment platforms at the end of 2021, to tie in with the theatrical roll-out of Lana Wachowski’s The Matrix 4.