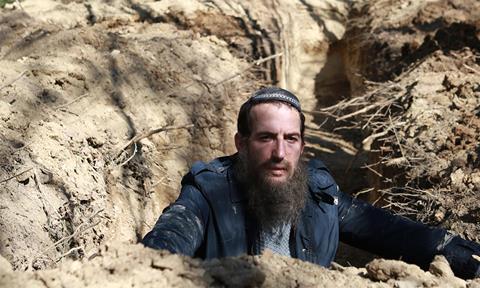 Greenberg’s The Testament (pictured), which premiered at the Venice Film Festival in September in the Horizons section, was among eight new titles in the Israeli competition this year.

The film revolves around a devout orthodox Holocaust researcher who uncovers a life-changing secret harboured by his mother while investigating a Second World War massacre of hundreds of Austrian Jews.

The Israeli competition also delivered the Danny Lerner Award for best feature debut to Daniel Mann’s Low Tide, about a man who skips military reserve duty to embark on a personal odyssey across Tel Aviv. The film premiered in the Berlinale’s Forum section in February. The production also clinched best cinematography for Ziv Berkovich and best editing for Or Ben David.

Asaf Saban won best screenplay for his debut feature Outdoors, about a couple whose relationship crumbles as they attempt to build a new life in a village in the Galilee.

Best Israeli documentary went to Shlomi Eldar’s Foreign Land, in which Israeli journalist Eldar and Ghassan Abbas, a Palestinian actor with Israeli citizenship, debate their future against the backdrop of rising extremism in Israeli society.

In the Between Israeli and Jewish competition, best film went to Ruth Zylberman’s Rue Saint-Maur, Paris 10ème – The Neighbours, which explores the implications of the Holocaust through the story of a house once inhabited by French Jews.

Special mention went to Kantemir Balagov’s Closeness about an isolated Jewish community in the Caucasus rocked by the abduction of a young couple by gangsters.