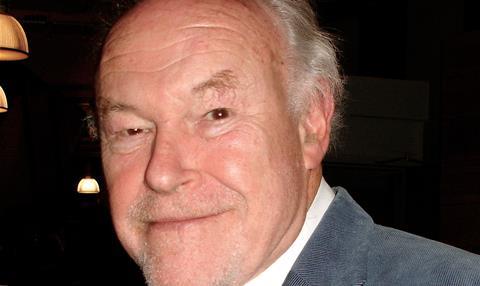 Principal photography has kicked off on We The Kings, the feature debut from director Lauren Mackenzie, which stars English stage and screen actor Timothy West (Eastenders, Iris).

The film follows a young man (Langridge), a product of the foster system, who finds himself on the run from the police for an attempted murder. Fate lands him in hiding in the house of an old man he has never met (West), a seemingly helpless mute who hides a frightful past behind his frail façade.

The film is shooting on location in London and Kent and production will last for a total of four weeks.

David Wade is producing through his company 1906 Production and the project is exec produced by Michael Novick, the Emmy-nominated co-creator of TV series Glee.

“We cast Elliot and Timothy due to the emotional intensity and sheer depth they brought to these characters,” commented director Mackenzie. “They are perfectly tailored for the roles and the chemistry between them is chilling.”

“To have assembled such a talented cast for this film has really proven the strength of Lauren’s vision. Having Michael Novick on board as exec producer has been a real coup, his experience and success with Glee has given us a great level of insight on our journey to principal photography,” added producer Wade.

“I’m thrilled to work with Lauren and to see her vision realised on screen. She is a vibrant young film-maker who’s talent and tenacity are qualities that excite me as a producer. I believe her first feature film will be the start of a long and prosperous career,” added Novick.