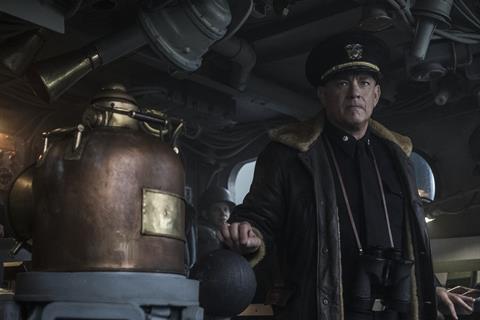 The film, which the platform acquired from Sony amid theatre closures during the pandemic lockdown, will debut in more than 100 countries.

Sony pulled the film from the theatrical release calendar in late March after it was scheduled to open on June 12 this year.

Hanks wrote Greyhound and plays a US Navy captain who must shepherd a convoy stalked by Nazi U-boats.

The drama is inspired by an episode during the Battle of the Atlantic after the US entered the Second World War and joined the Allied push against Hitler.

FilmNation initally licensed Greyhound to Sony Pictures Worldwide Acquisitions on the eve of the EFM in Berlin in 2017.

The film is a Playtone Production from Sony Pictures/Stage Six Films.