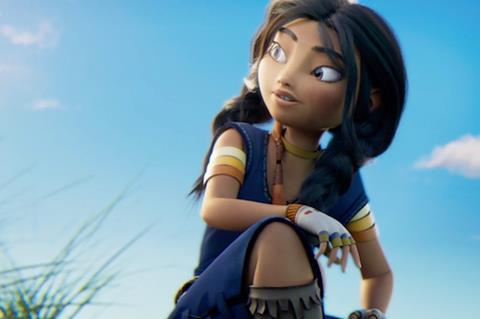 The female-oriented CGI film feature set against the backdrop of the Incan civilisation will be co-produced through Toonz’s Spanish company Fortoon Island.

The Spanish-Peruvian co-production follows the adventures of a young Inca woman who aspires to join the elite male-only Chasqui messengers. In her quest Kayara overcomes challenges and discovers the ancient stories of her land and people.

César Zelada directs the project which Edward Noeltner’s Beverly Hills-based sales company Cinema Management Group is on board as executive producer and sales agent. Noeltner was instrumental in bringing the producers together and has already licensed the film extensively around the world, as he did on Ainbo.

Deals have closed with Le Pacte for France, WW Entertainment for Benelu, Praesens for Switzerland, Front Row for Middle East, Rialto Distribution for Australia and New Zealand and CDC for Latin America, among others. The CGI feature is set to open in 2024.

Noeltner worked with Toonz on animated feature The Canterville Ghost and Tunche Films on Ainbo and added, “We worked with Dutch co-producers on Ainbo and the cultural exchange between our Peruvian team and the Dutch was very helpful to our creating an indigenous story with a worldwide appeal. We are looking forward to an exciting synergy in working with the Spanish-based team with Toonz.”