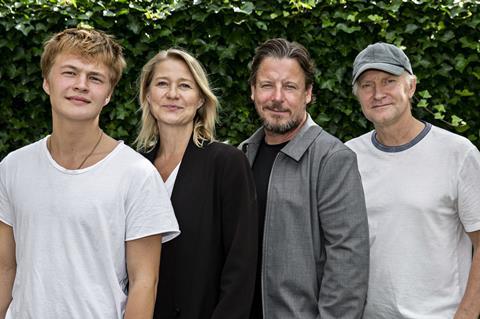 She will play a powerful woman who tries to save her mentally disabled son during the First World War. The film is set in 1918, on the borderland between Germany and Denmark, where her son is mistakenly enrolled for the Prussian Army. She disguises herself as a man to join his regiment and keep her son safe.

The cast will also include Ulrich Thomsen (The New Pope) as a country officer, Anders W. Bertelsen (The Killing) as a blacksmith who Erma falls in love with, and newcomer Sylvester Byder as the son, Kalle.

Bo Hr. Hansen and Henrik Ruben Genz wrote the script based on Erling Jepsen’s novel of the same title.

Scanbox Entertainment has Scandinavian rights and plans to release in September 2020.

Genz’s previous films include Terribly Happy, Excuse Me and Word Of God.