Teen action drama Divergent leads the online buzz of films opening in the UK this week – but Captain America still commands the chart. 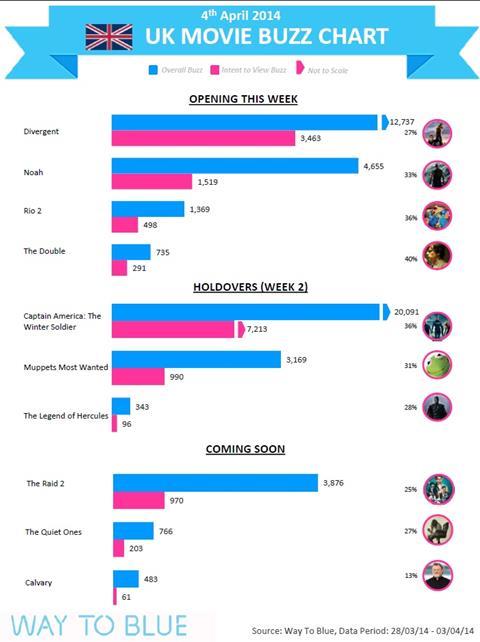 Sci-fi adventure Divergent generated the most online buzz of films opening in the UK this week, with nearly 13,000 comments across social media networks, of which 27% expressed intent to view.

However, an impressive 40% of the 735 comments about Richard Ayoade’s The Double said they intended to see the film.

In its second week on release, Captain America: The Winter Soldier whipped up the most buzz with more than 20,000 comments and 36% expressing intent to view.

The Raid 2 was the most buzzed about film of those to be released soon.